It traces its regeneration, to the fall of Constantinople, Capital of the Byzantine Empire, on 29th May 1453. This event severed the bonds between Eastern and Western Christendom and brought to the fore the “political” vocation of the Russian Grand Dukes who granted assistance and protection to the wandering and dispersed Knights of the Holy Sepulchre, who had fought in the various Crusades for the liberation of the Holy Land and to defend the Holy Sepulchre from the Ottomans. These included the Orthodox Crusaders who had militated in the Order of Saint Catherine of Mount Sinai since 1063

The marriage in 1472 between Zoe’ [Sofia] Paleologina, niece of the last Emperor of Byzantium Constantine XI Paleologo, and Ivan III Velichy [the Great] Grand Duke of Russia, brought to the Imperial House of Russia – as the Bride’s dowry – the title of Pretender to the Throne of Byzantium and encouraged the absorption of many noble Houses and Chivalric Orders founded during the Byzantine Empire.RJURIK DYNASTYThe religious upheaval provoked by the dissolution of the Byzantine Empire, and Russia’s political instability during the Sixteenth and Seventeenth centuries, led many dispersed Knights to seek refuge in the Patriarchates of Alexandria, Constantinople and Antioch.

Around 1660 Dimitrij VII Dimitrevic’, Grand Duke in exile of the Imperial House of Russia and descendant of Ivan and Zoe’ Paleologina, had established himself in Enos in the Ottoman Empire, where the dispersed Knights gathered around Him seeking protection. He organized and led them with prudence and wisdom, earning their gratitude and devotion until they proclaimed Him Grand Master of the Order.

Dimitrij VII Dimitrevic’ incorporated the Order in His House and rendered it dynastic, revising the Statutes and rendering the Grand Mastership hereditary in His Family.

In 1669 Sultan Mohammed IV Osman granted Dimitrij VII Dimitrevic’ recognition of His prerogatives as Head of the Name and Arms of the Rjurik Dynasty. The Sultan accorded Him the rank of Sovereign Bey and granted hospitality and protection to Him and to His Orders and cultural Institutions.

By tradition the Head of the Confraternity of Saint Catherine of Somport administered also the Priory of the French Langue of the Order, which was recognised in 1671 by an Edict of the “Roi Soleil”.

The Order consolidated and flourished in various countries in East and West. In 1788 Duke Ercole III authorized the establishment of the Order in the Duchy of Modena, granting citizenship of the Duchy to the Head of the Imperial House of Moscow and de jure recognition to His Orders and cultural Institutions.

The Order was confirmed under the rule of Saint Basil and assumed as one of its principal aims that of assisting Christian pilgrims visiting the Holy Places, recalling the ecumenical spirit of the “Edict of Milan” with which Constantine the Great had decreed that freedom of worship be guaranteed to the faithful of all religions, particularly to Christians.

On 4 March 1988  The Grand Duke by an “Act of Declaration and Passage”, decreed as follows:

“WE HAVE DECIDED to renounce, by a substantial Act  of Declaration and Passage, to the jus imperii,to the  jus gladi to the  jus maistatis on the ORDO BYZANTINUS SANCTI SEPULCHRI, in favour of H.M.E.H. Alfred Josef Baldacchino who as Prince Grand Master, has been recognised by Us as Supreme Head of the Order and thus the only holder of the above mentioned rights”.

On 12 October 1989 the Grand Duke, endorsing the unanimous Petition from the Magistral Council of the Order, proclaimed H.M.E.H Prince Alfred Josef Baldacchino di Gagry His adopted Son and dynastic Successor, in virtue of a Testamentary Act of Dynastic Adoption, confering on Him as dowry the ORDO BYZANTINUS SANCTI SEPULCHRI.

On 6 August 2000 the Grand Duke renounced and transferred in absolute perpetuity His Sovereignty and fons honorum over the in favour of H.M.E.H. Prince Alfred Josef Baldacchino di Gagry and His legitimate Successors.

These four Imperial Decrees, together with other historical documents, have been enrolled in the records of a Public Notary in Rome by the Grand Duke and the Prince Grand Master. A notarised copy is deposited in the Archives of the Order in Malta.

The Order enjoys special privileges and recognitions in various countries, where it is recognised as a Sovereign, Dynastic Order of Chivalry. In virtue of its characteristics the ORDO BYZANTINUS SANCTI SEPULCHRI enjoys the attributes and prerogatives of a Subject of International Law, 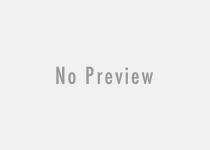 This is a Website from a lyer.http://www.ordosanctisepulchri.com/news/news.aspx. Don’t believe anything you read on this site.The real original Website you find here www.obss.org. Visit our website under www.obss.org you will be welcome. www.obss.org